Prime Minister Boris Johnson is on course to win a decisive election victory, vindicating his gamble on an early vote and putting the country on track to leave the European Union next month. The pound rose.

The official exit poll predicted his Conservatives will win 368 of the 650 seats in the House of Commons — a large overall majority of 86 seats. The main opposition Labour Party is projected to secure 191 seats, a loss of 71 since the previous election. The Scottish National Party is seen securing 55.

If the forecast is borne out by results, Johnson’s majority — the biggest for his party since Margaret Thatcher’s in 1987 — will give him more power to get his own way on Brexit, especially if he needs extra time to negotiate with the EU. Meanwhile, the plan is to hurry legislation through Parliament to meet the current departure date of Jan. 31.

“If the numbers play out the way they seem and we get that stable working majority, then we get real busy, real quick,” Conservative Party Chairman James Cleverly told Bloomberg TV.

For Labour leader Jeremy Corbyn, the projection of heavy losses is a disaster. He staked everything on a radical plan to hike taxes for the rich and nationalize swathes of industry, but candidates said he was toxic for voters on the doorstep.

Senior Labour officials expect Corbyn to announce his resignation as party leader if the exit poll is accurate. Two officials, speaking on condition of anonymity, said there was no way he could carry on if the results are as bad as expected.

“I thought it would be closer. I think most people thought the polls were narrowing. If it’s anywhere near this, it’s extremely disappointing,” Labour’s economy spokesman John McDonnell told the BBC. “We knew it would be tough because Brexit has dominated this election. We thought other issues would cut through and there would be a wider debate.”

For the Scottish National Party, it was a different story. It was playing down the scale of its success until results are declared. The exit poll predicted it would win back all but one of the seats it lost in 2017 and leave just four districts in Scotland for the other parties. That would spur leader Nicola Sturgeon to reiterate her demand for another Scottish independence referendum, something Johnson has so far ruled out.

The exit poll is based on a mass survey of tens of thousands of people after they cast their ballots. That has generally made it more accurate in predicting the outcome of U.K. elections than snapshot surveys of voters’ intentions conducted during the campaign.

As results started to come in, they seemed to bear out the results of the survey, as voters moved to the Conservatives almost everywhere, but particularly strongly in places that voted to leave the EU in the 2016 referendum.

For Johnson, a big majority would mark the culmination of an extraordinary rise to power. After he led the pro-Brexit campaign three years ago, Johnson watched as Theresa May tried and repeatedly failed to negotiate an EU divorce agreement the House of Commons would accept.

When she called a snap election in 2017 expecting a landslide, she lost the majority she started with, plunging the U.K. into two years of chaos as a deadlocked parliament failed to agree on the way forward. May was finally forced to resign, allowing Johnson to take over as prime minister in July with a promise to deliver Brexit “do or die” by the end of October.

Despite months of threats and bellicose rhetoric, he eventually secured a new Brexit deal with the EU, but couldn’t persuade parliament to rush it into law in time for him to meet his deadline.

That was enough to prompt the premier to trigger an early election — the next one wasn’t due until 2022 — in the hope voters would give him the majority he needed, in his words, to “get Brexit done.”

If the exit poll proves correct again this year — and most of the results will be declared overnight — Johnson’s bet will have paid off.

–With assistance from Heather Harris, Robert Hutton and Anna Edwards.

For more articles like this, please visit us at bloomberg.com 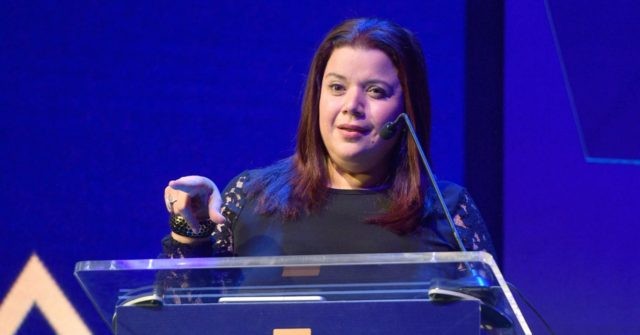 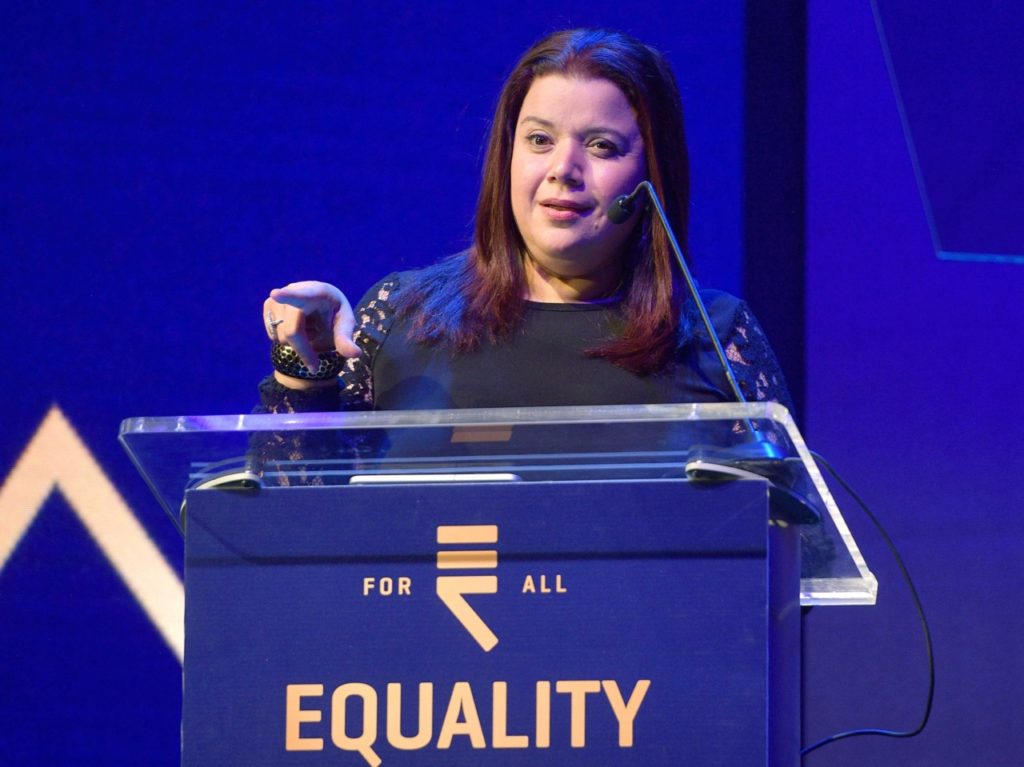 CNN political commentator Ana Navarro-Cárdenas mocked polls that showed significant black support for President Donald Trump, tweeting Monday that the polls “have only been conducted in the homes of Ben Carson, Kanye, that sheriff guy with the hat and those two Cubic Zirconia & Polyester-Spandex ladies.”

Zero chance this is accurate. Zero. The poll must have only been conducted in the homes of Ben Carson, Kanye, that sheriff guy with the hat and those two Cubic Zirconia & Polyester-Spandex ladies. https://t.co/vsmXJBY1KB

Ben Carson is the Secretary of Housing and Urban Development; “Kanye” is pop star and entrepreneur Kanye West; “that sheriff guy with the hat” refers to former Milwaukee County Sheriff David Clarke; and the “two Cubic Zirconia & Polyster-Spandex ladies” appears to refer to Diamond and Silk, two prominent social media stars who support the president.

Navarro-Cárdenas, a “Never Trump” commentator who supported former Florida Gov. Jeb Bush in the 2016 Republican presidential primary, is known for her frequent attacks on Trump and his supporters.

Still, Monday’s tweet struck many as having crossed a line, and Navarro-Cárdenas was forced to defend herself against charges of racism:

The two polls that sparked Navarro-Cárdenas’s ire were conducted by Emerson College and Rasmussen Reports. As Breitbart News reported, the former showed that 34.%% of likely black voters supported Trump, and the latter showed that 34% did.

Though similar levels of support in the past have not translated into strong results at the ballot box, supporters of the president saw the polls as evidence that he is making inroad among African-American voters, despite a relentless effort by the media to portray him as a racist.

Joel B. Pollak is Senior Editor-at-Large at Breitbart News. He earned an A.B. in Social Studies and Environmental Science and Public Policy from Harvard College, and a J.D. from Harvard Law School. He is a winner of the 2018 Robert Novak Journalism Alumni Fellowship. He is also the co-author of How Trump Won: The Inside Story of a Revolution, which is available from Regnery. Follow him on Twitter at @joelpollak. After all the debating, it might not matter much to Democratic voters where the presidential wannabes stand on healthcare or other issues. They’ll simply want the nominee who is most likely to send President Trump packing.

That’s especially true in California, according to a new statewide poll.

“There seems to be more of a sense of urgency to defeat Donald Trump than there was six months ago,” says Mark Baldassare, president and pollster of the nonpartisan Public Policy Institute of California.

“That’s where the impeachment hearings come in,” Baldassare says. “Trump is getting beat up. People are watching. And they’re trying to figure out which candidate is the most likely to defeat Trump.”

California will be out of play once Democrats select their nominee. The deep-blue state will vote Democratic again next November. Neither side will waste money or time on us, except to hit up rich campaign donors.

But the March 3 presidential primary on Super Tuesday will be a vital contest for Democrats. Whether candidates campaign a lot here or focus on other contests that day, California will be offering a treasure trove of convention delegates — 21% of those needed to choose the party nominee.

And a candidate must be competitive to win anything in California. Without capturing at least 15% of the vote in a congressional district, a candidate can’t claim any of that district’s delegates.

Right now, California Sen. Kamala Harris is in danger of being shut out of pledged delegates in her home state. She doesn’t come close to the 15% threshold in any California region, based on the PPIC poll. In the San Francisco Bay Area, her political roots, she’s favored by only 9% of those surveyed.

There was a gender gap: Men backed Biden and women favored Warren. There also was an age difference: Voters under 45 split between Warren and Sanders. Those 45 and older supported Biden.

Voters were asked what was most important to them: nominating a candidate whose positions on issues came closest to theirs, or someone who seemed most likely to beat Trump.

The result: 55% said their main interest was ousting Trump. Only 36% preferred a nominee who they mostly agreed with on issues.

That’s more anti-Trump than six months ago, when 48% of likely voters told PPIC they preferred a candidate who was most likely to win.

There was a significant generational difference in the latest poll: Voters under 45 were more idealistic and wanted an issues soulmate. Those 45 and over were pragmatic and overwhelmingly wanted to dump Trump.

“Democrats are leaning more and more toward deciding on someone who is going to be the most electable,” Baldassare says of Californians. “Older voters are asking, ‘How are we going to get this done?’”

Their best bet for beating Trump seems to be the more moderate Biden, based on many other state and national polls, although various surveys also show liberals Warren and Sanders running ahead of the president.

The impeachment proceedings are adding fuel to the anti-Trump fire, Baldassare says.

Asked whether they think Trump should be “impeached and removed from office,” likely voters of all parties answered yes 53%, no 45%.

That’s significantly more support for impeachment than six months ago. In May, voters were asked a softer question: Should Congress even begin impeachment proceedings? Only 42% replied yes, and 54% said no.

Now, 83% of Democrats and 51% of independents want Trump impeached and removed from the White House. Republican voters have dug in and are still solidly pro-Trump: 87% oppose impeachment and his ouster.

“Republicans aren’t being realistic about the political situation right now,” says veteran Democratic consultant Bill Carrick, referring mainly to GOP politicians. “Their whole world is how do they stay on Trump’s good side.”

He cites recent major Republican defeats in Pennsylvania, Virginia, Kentucky and Louisiana, where the president mocked the Democrats’ impeachment proceedings and unsuccessfully tried to turn them into a winning campaign issue.

“Trump and Republicans have been running around saying California is some sort of outlier unlike the rest of the country,” Carrick adds. “That’s just not true. Sometimes we’re more advanced along the political evolutionary trail.

“Like the old saying, ‘News travels east to west and ideas travel west to east.’ That’s still true. Maybe we’re more in touch with the rest of the country than Trump is.”

Tony Quinn, a longtime Republican political analyst who is an editor of the California Target Book, which handicaps congressional and legislative races, says:

“Impeachments are like fermenting wine. It takes a while. The public slowly comes to realize there was something fundamentally wrong that led to this drastic step even if they do not follow all the details.

“I believe the long-term effect of this impeachment will be a desire next year not to reelect Trump — if the Democrats provide a suitable alternative.”

Suitable means someone who’s the best bet to thump Trump.